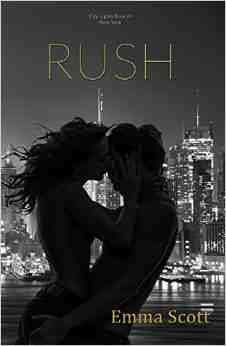 I was recommended this book by another blog. From page one I found it extremely difficult to put down. Ms. Scott knew exactly what words to use to capture your attention. If you have read Me before you by JoJo Moyes. You will certainly enjoy this book, its not an ugly cry, but there was a few times I teared up. You can purchase at amazon.com 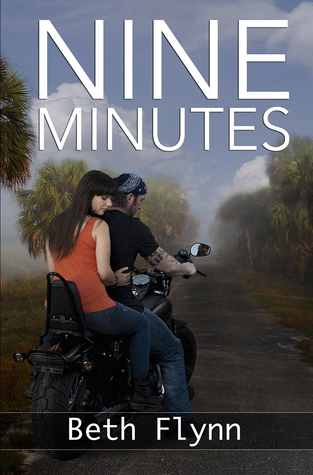 When I first read the synopsis of this book. I didn’t think I would like it. But from the moment I started reading the prologue I was hooked. I got very irritated at having to put it down. I found myself quickly falling in love with Grizz, the leader of the motorcycle gang. While he did kidnap the main character, he might as well have been saving her from her own family. The end of this book broke my heart and reminded me that you can’t always get the ending that you want. I plead with you if you are struggling with reading this book, pick it up and read it. You won’t be disappointed. 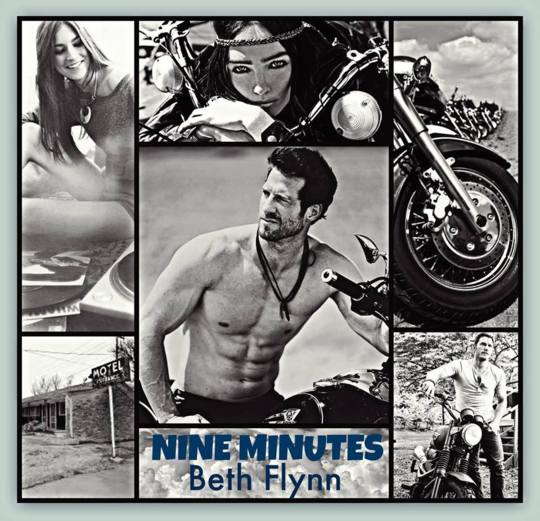 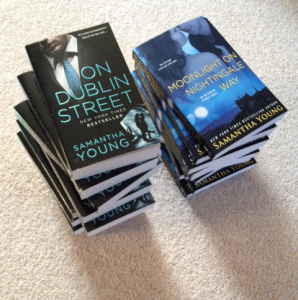 To celebrate On Dublin Street mass market edition’s release this week and the upcoming release of Moonlight On Nightingale Way (ODS 6), I’m giving away 10 signed copies of each! That’s 20 winners, folks!

To enter, fill out the form below: 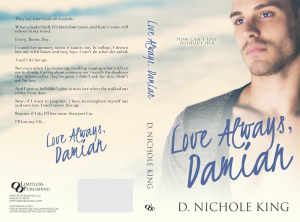 They say time heals all wounds.

What a load of bull. It’s been four years, and Kate’s voice still echoes in my mind.

I numb her memory when it taunts me. In college, I drown her out with booze and easy lays. I can’t do what she asked.

Not even when Lia shows up, freaking ripping what’s left of me to shreds. Caring about someone isn’t worth the deadness that follows after they’re gone. I didn’t ask for this. Didn’t ask for her.

And I sure as hell didn’t plan to miss her when she walked out of my front door.

Now, if I want to keep her, I have to straighten myself out and earn her. I can’t screw this up.

Because if I do, I’ll lose more than just Lia.

She wrote her first book in junior high and loved every second of it. However, she couldn’t bring herself to share her passion with anyone. She packed it away until one day, with the encouragement of her husband, she sat down at the computer and began to type. Now, she can’t stop.
When not writing, d. is usually curled up with a book, scrapbooking, or doing yet another load of laundry.

Along with her incredible husband, she lives in small-town Iowa with her four adorable children and their dog, Peaches.

“A reader lives a thousand lives before he dies. A man who never reads lives only one.” –George R. R. Martin, A Dance with Dragons 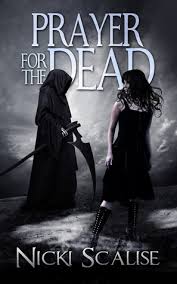 The story of a girl who lived, died, and met a guy…in that order.

Is it possible to find true love while condemned to purgatory until the end of days? Olivia Brennan isn’t looking to find out. Her afterlife is nothing special — her days spent working for a division of Purgatory and Associates, her nights usually occupied with reruns or a good book.

Everything changes when her best friend coaxes her into a girls’ night out one fateful evening. The handsome stranger eyeing her from across the club seems too good to be true. Drake proves to be witty, charming, and considerate to a fault, despite the all-too-familiar sadness that lurks behind his eyes. It seems Fate has finally brought Olivia a kindred spirit, someone she can truly relate to.

But can she move past her own dark regrets from the life she left behind? Or will falling for him demand the ultimate sacrifice—her soul?

I wasn’t sure what to expect when I started this book.I am a fan of paranormal books, but this blew all my expectations out of the water. It was written really well, and the dialogue was often very witty. I laughed at moments and felt like kicking ass in others. One thing is certain, I found myself quickly addicted to the characters, Drake and Olivia. This is easily a four star read!

Nicki Scalise lives in the foothills of northern Colorado with her husband, four dogs, and a chinchilla. With so many furry, tail-wagging monsters running wild, the house is generally in varied states of chaos. If ever they give her a break, she spends her free time imagining new worlds, watching Firefly for the millionth time, or counting down the days until the next Comic Con. Most days she can be found sitting idly at her desk, staring at the wall. Scalise is a paranormal romance/urban fantasy author. Her writing credits include the Revenants in Purgatory series and numerous published short stories.

This is a ride you don’t want to miss! 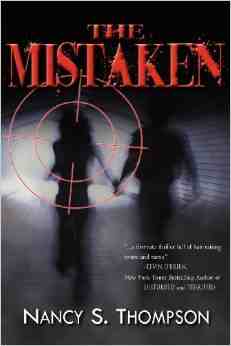 Synopsis:
Tyler Karras is an honest man, a transplanted Brit living the American dream. But his charmed life takes an unexpected turn when his brother, Nick is coerced into joining ranks with San Francisco’s Russian mafia. Ty intervenes to secure Nick’s freedom, yet only succeeds in incurring their wrath. With no choice but to accept Nick’s new life, Ty returns to his own, but his dreams are dashed when his wife, pregnant with their first child, is killed, the victim of a reckless crime.
Despondent and bitter, Ty macerates his grief in alcohol. From the depths of the battle screams a voice, howling for vengeance. His target is a stranger, the woman who drew his wife toward her death. He doesn’t know her, but he’ll find her, and when he does, he will make her pay, for a deal had been struck with Nick’s Russian associates, enslaving her into a life of bondage. But as Ty moves forward in a cloud of alcohol, he mistakes the wrong woman for his intended victim and now all his plans have gone straight to hell.
With his eyes made clear by the stark reality of his mistake, Ty is driven, compelled by remorse and a relentless sense of guilt to make amends and protect Hannah Maguire, the innocent woman whose life he has derailed. He vows to keep her safe and out of the Russians hands, but they’re holding Nick as leverage to force Ty to complete their deal and turn over the girl. Once again, he must fight to free his brother, miring all three lives in further jeopardy. But Ty can’t do it all: Save the girl, his brother and his own soul. One of them must make the ultimate sacrifice.

Five brilliant stars. This was an incredibly fast thrill ride with lots of twists and turns. The characters are extremely well written and you, feel the depth of despair that Ty feels as he struggles to save the girl he loves and his brother. I didn’t want it to end but sadly it did and boy, was I ever surprised. The mistaken is a must read that you won’t want to miss, mixed with romance, its an amazing book. It also has a sequel called Leverage.

You can purchase on amazon.com 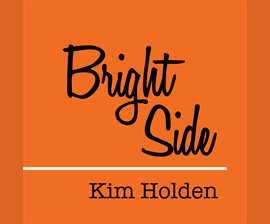 Bright side was a very unexpected delight. When I first started reading it, I wasn’t sure I was going to be able to stick with it. I am so glad I did! The story was absolutely wonderful, though there were times I wanted to punch a few of the characters, including Keller, the boy that Kate slowly falls in love with. Keller is a fountain of strength for Kate, when things aren’t going so well for her.  You won’t regret reading this book, and once you pick it up. You won’t want to put it down. 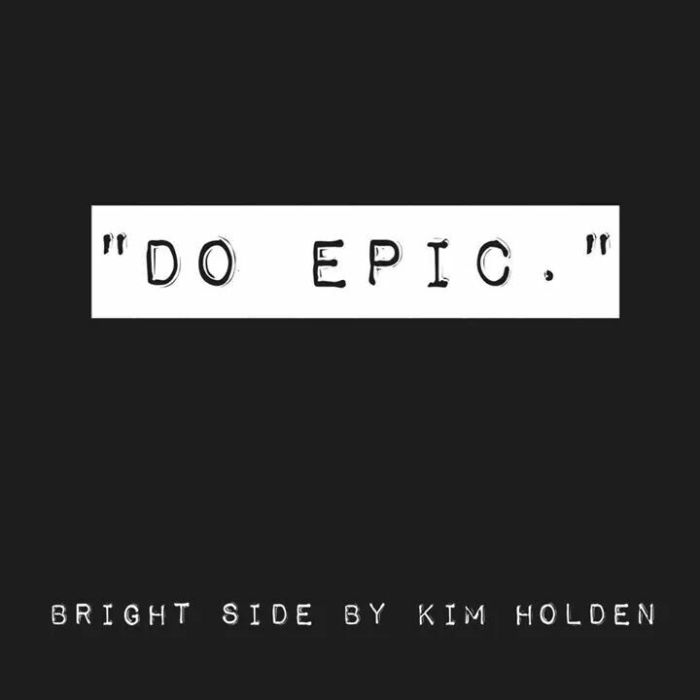 You can purchase Bright Side on amazon. 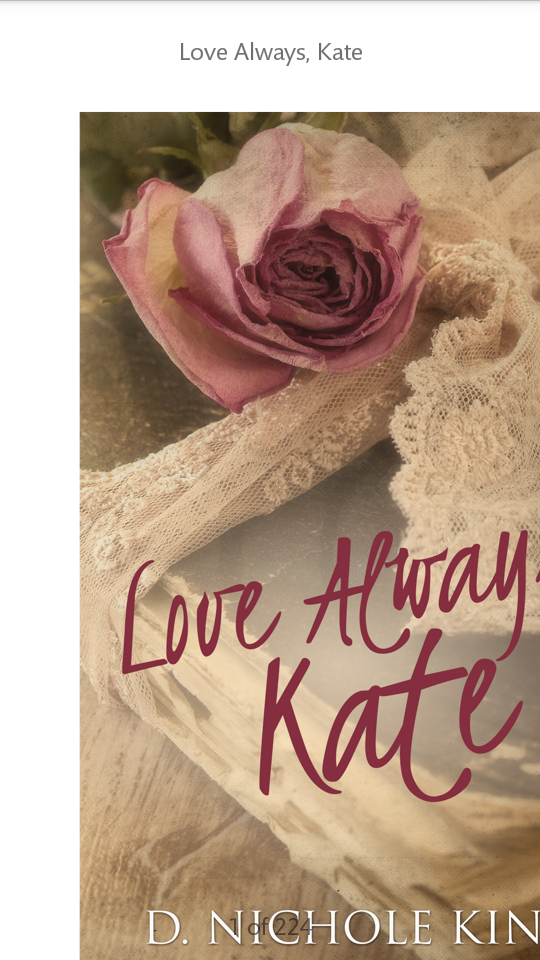 Love Always Kate, is a special book. I laughed, love and of course cried. It is impossible to not be deeply, deeply touched by the grieving teen, who has already lost so much; and the young girl who has spent much of her life fighting cancer.
I was quickly drawn into the ups and downs of Kate’s and Damien’s complicated relationship. Every moment they were together, almost seemed real. If you are looking for something that draws your emotions out and drags them through the ringer. Love always Kate does just that, which is what makes it a five star read for me.